Alyssa
I am a twenty-something embarking on a journey of education, enlightenment and exploration. My travels continue in London at the School of Oriental and African Studies (SOAS) for a Masters degree in Near and Middle East Studies. From Iowa via St. Louis, Missouri and Washington DC to London (small town girl in the big city!).

Two minutes. 10, 9, 8, 7, 6, 5, 4, 3, 2, 1 and GO! Two and a half hours after the start of the Ceremonial Race, Bib 68 crossed the starting line. As a volunteer dog handler, I got access to be right in the street where the mushers and dogs were preparing for the Iditarod. Today, the crowd favorites were more than happy to give autographs and take pictures and as they crossed the starting line, received extra loud cheers. 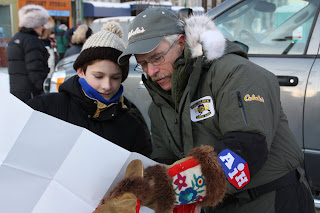 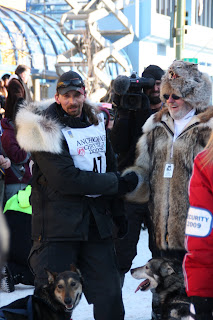 The morning began bright and early as mushers started arriving in their trucks with dogs in tow. After we had a brief handler meeting, we were free to wander. Dogs barking in excitement, crazy fur hats covered cold heads, and the sun was shining to make for a perfect 2009 Iditarod start. Today the mushers and their teams raced around Anchorage in preparation for Sunday’s Official Restart. The teams have over 1100 miles to travel to Nome and Anchorage is just the first step. 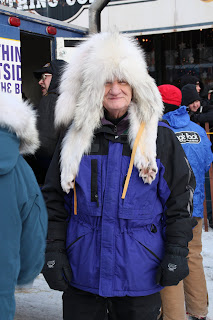 The dogs were extremely energetic and anxious to get running. They were there to do a job. While some were calm, others were jumping all around trying to pull the sled all the way to Nome themselves. Dog watching was unreal. They were beautiful and it’s amazing how small some of the dogs are, yet how strong they must be to pull their musher all the way to Nome in the strenuous Alaskan conditions. The whole time I was thinking how unique of an experience the day was to be able to stand right next to mushers and their dogs on their way to racing along the Iditarod Trail. 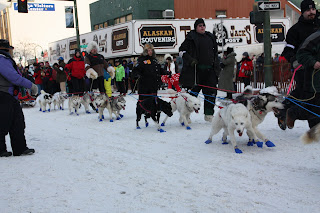 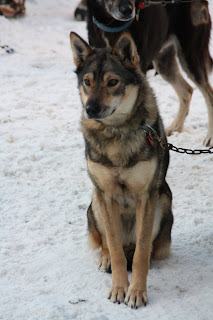 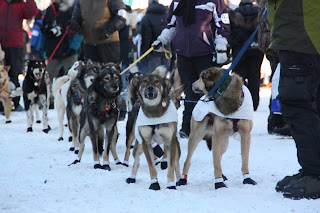 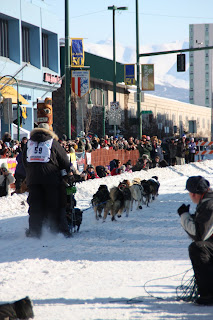